About Kekova
Located in the region of Antalya, Kekova is a popular destination for blue cruise and yachters looking to explore the Turquoise Coast. The unspoilt bay of Kekova is adorned with Lycian ruins and Turkish history, not to mention plenty of areas for a leisurely swim beneath an azure sky and golden sun. Its rocky shore is a sight that seems out from a fictional time with the half-submerged remains of Lycian settlements. The name “Kekova” is Turkish for “plain of Thyme”. Perhaps the wordplay lies that it is the region that encompasses the villages of Kalekoy, Ucagiz and the three ancient towns of Simena, Teimussa and Tersane (meaning ‘shipyard’, as the bay was once an ancient shipyard); and the thyme plant (in Turkish, ‘kekik’) grows all over the region – some of the best in Turkey. A charming mix of relics from different eras – ancient, medieval and modern, can only stir your imagination with its grandeur. Which is why in 1990 the region was declared a Specially Protected Area by the Turkish Ministry of Environment and Forest. Preservation of the natural, cultural and geographic richness prevents to the degradation of this idyllic setting. Thus, no swimming or snorkelling is permitted over the Sunken Village or any of the sunken ruins.

Things to do in Kekova
The ancient city of Simena, dating back to the fourth century BC, was located at the peninsula of Tristomos Bay. To this day one can see the foundation stone remains and land staircases that dip straight up to 6m below the crystalline sea. These ruins are the remains from earthquakes in the 2nd century. Moreover, Kekova boasts a collection of stunning Lycian tombs at the end of the village. From the Crusader Castle, one can get a spectacular view of these along with the olive trees. This castle fortress dates back to Byzantine times and below it one can see a small seven-tiered theatre, plus a submerged ancient tomb right at the harbour. Many of the monuments can also be accessed by boat-tour from Ucagiz. A few restaurants are spread about the harbour should you want to experience the slow and sleepy atmosphere. For a good bargain, make sure to purchase a large bag of dried thyme in Ucagiz. Inland within Kekova one can hike and visit the spectacular acropolis of Apollonia, the small town of Aperlae which used to thrive from the production of Tyrian dye and numerous sarcophagi spread in Cyaneae.

How to get to Kekova
The best way to reach Kekova a bus ride to Ucagiz, then take a boat from Kas or Kalkan. It is also the most scenic way of visiting the island as most tour boats have see-through floors so one can admire the sunken city. If you are already on board a boat and looking to explore the other areas of the Turkish Riviera, have a quick taste of the succulent oranges at Finike, roam about the ancient ruins of Olympos and while in Cirali chill at the beach or hike up the mountains for the flames of Chimaera. 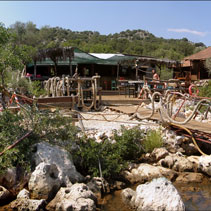 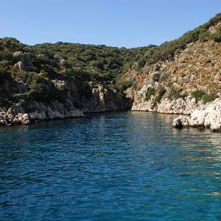 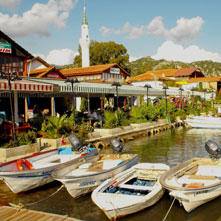 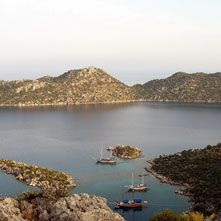 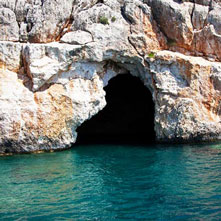 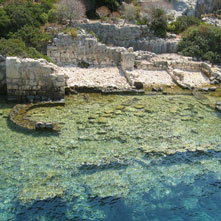 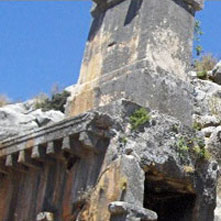 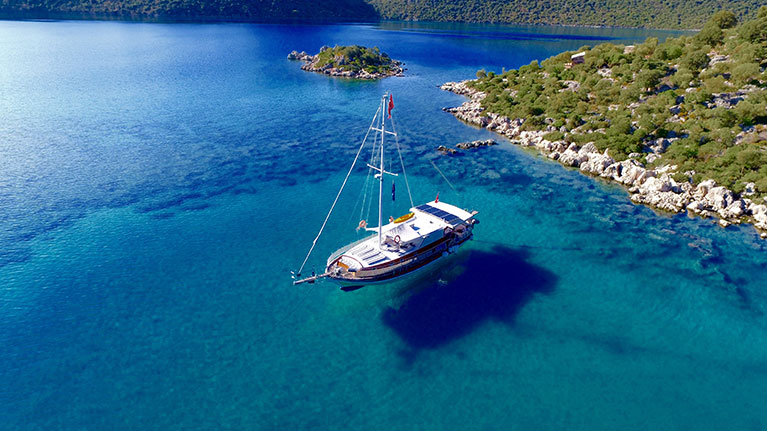 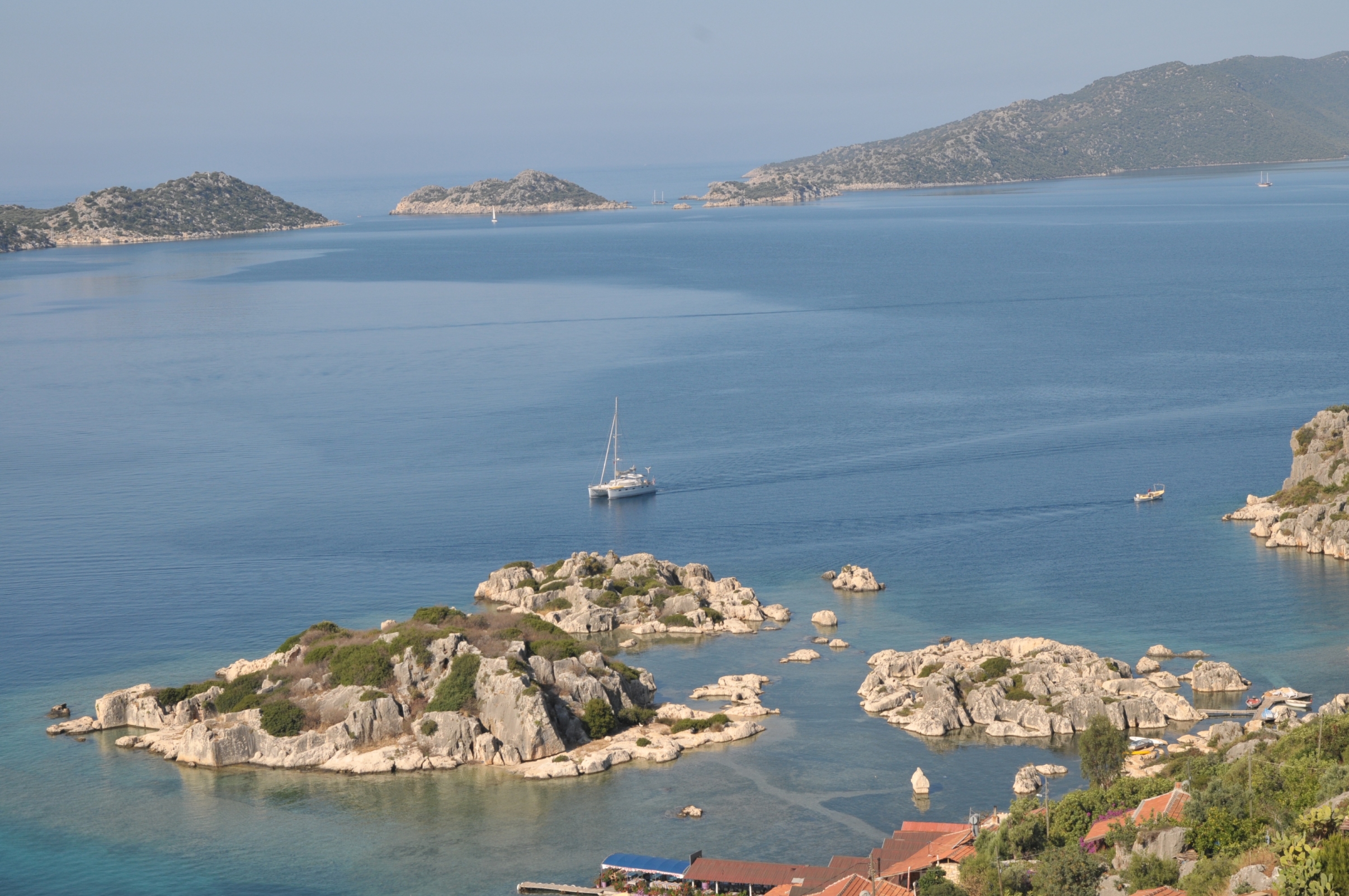