About Izmir
Although Izmir is more than 5000 years old, it is a modern bayside city surrounded by mountains. A fire in the 1920s destroyed many of the city's historical sites, but paved the way for today's wide boulevards and contemporary buildings. In between the European buildings the 18th century market, old mosques and churches peek out. There's plenty to keep you entertained in the city, loads of shopping and wonderful places to relax and enjoy the region's food. Just outside the city, there are beaches to relax on, ferries to catch for a good view of Izmir or to move on to your next destination and harbours all along the coastline to embark on a private yacht charter.

How to get to Izmir
Izmir is easily accessible by train, boat, plane and bus. Adnan Menderes Airport, Izmir’s international and domestic airport, is just 16km away from Izmir city centre. To get from the airport to the city centre, travellers can take a taxi, private transfer or jump on the local airport shuttle service. It is a 9-hour bus journey from Istanbul and there are regular flights from Istanbul, Ankara and Antalya to Izmir.

For those wanting a more scenic route, there are also trains from Ankara to Izmir and return. The train departs at 6:30 pm every day and arrives at Ankara 14 hours later. This is a budget-friendly option over the bus services and there are ticket options for standard tickets and sleeping cars.

Where to eat in Izmir
Izmir is the third-largest city in Turkey and home to an endless line of restaurants, cafes, bistros and bars. To begin with, one must try a ‘Boyoz’, which is the local delicacy in Izmir. Boyoz is a Turkish pastry often served with a hard-boiled egg and a Turkish tea. There are plenty of street vendors with shiny red carts serving up this pastry throughout the streets of the city.

A stone’s throw away from the Arkas Art Center is Deniz Restaurant, one of Izmir’s favourite restaurants among locals and tourists. As the name suggests, they serve a variety of dishes from the sea. The fish dishes and mezes are their specialty.
A restaurant that stands out for genuine, quality service and authentic Turkish cuisine is AdilMüftüoğlu Restaurant. The restaurant is located in the old part of town close to the Flea Market and Hilton Hotel. The food is home-style cooking and the portions are hearty; you’ll definitely walk away with a full stomach.

Things to do in Izmir
The third-largest metropolis of Turkey, Izmir has plenty of sights and attractions to offer tourists from around the world. The 5000-year-old city was greatly damaged in the fire of 1920, but still, there is no shortage of historic sites in the city. The famous Konak Square is the first thing that catches the eye. It is the main square of the city built on its centre. Here, the clock tower stands as a symbol of Izmir. It was built in the year 1901 and is one of the most famous sights in Izmir.

Close to the square lies the Konak Yali Mosque, a very revered place for the Muslim population of the city. If you want to do a bit of shopping, the Kemeraltı Bazaar located nearby is a good place to start. You can also visit the St. Polycarp Church which is located in the intersection of Gaziosmanpaþa Boulevard. It is a 16th-century building containing a spectacular interior.

Among the other great attractions of the city are its outstanding museums. The Ethnography Museum is located close to the famous Bahribaba Park. It exhibits the wonderful tradition and culture of Izmir by displaying its folklore arts, textiles, costumes, kitchen utensils, pieces of jewellery and many other things. The Archaeology Museum is located right next to the Ethnography Museum and exhibits some thrilling Terra-cotta Sarcophagi from the ancient Greek city of Clazomenae. It also displays some magnificent and gigantic statues from ancient times. The Izmir Mask Museum is located in a small house in the city surrounded by bars and restaurants and has an impressive collection of decorative and ceremonial masks. The Ataturk Museum and Izmir Museum of History & Art are among the other fascinating museums that contain many interesting artefacts.

The ancient agora of Izmir is spectacularly famous as it was built for Alexander the Great. Although much of the agora has been ruined, the vaulted arches and chambers paint a nice picture of how things used to be in the ancient times. Among the other famous religious structures in the city is the blue-tiled mosque named Fatih Camii which is quite spectacular to look at. Also, Hisar Camii is the largest mosque in Izmir which has a spectacularly decorated interior.

While in Izmir, there are many attractions worth travelling to outside of the city. One should not miss Ephesus Ancient City located on the outskirts of Selcuk and to the west of Izmir, Cesme, a beautiful holiday destination. Some other towns worthwhile seeing and not too far from Izmir include Denizli and Pamukkale, Bodrum and Canakkale. 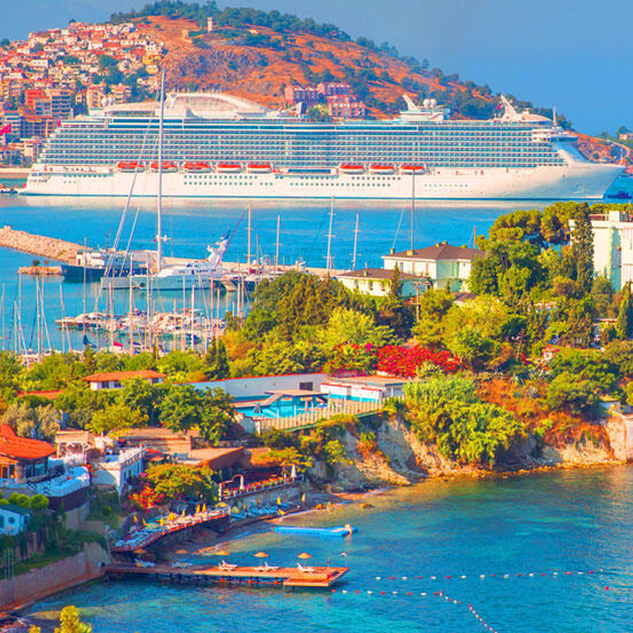 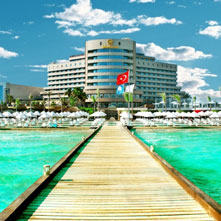 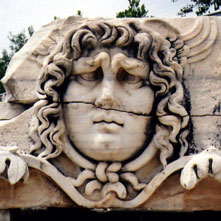 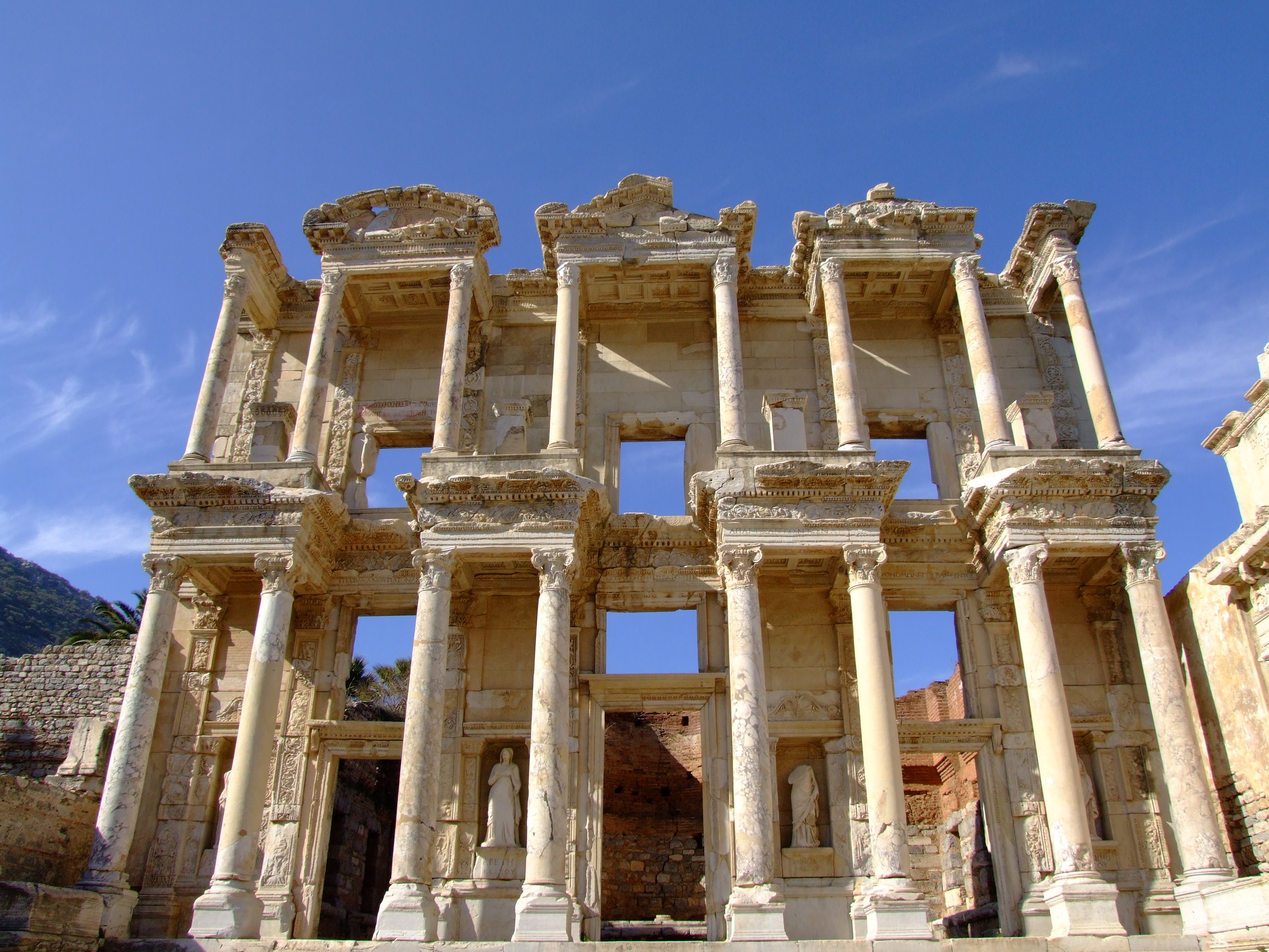 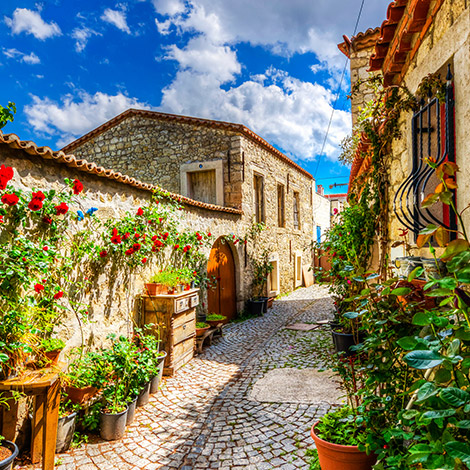